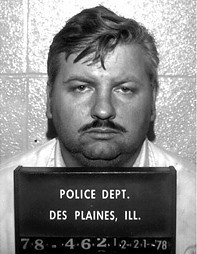 What does evil look like? How can one tell an evil person from a good one?
Evil doesn’t come with a warning label attached.
The devil doesn’t appear with horns and a tail, carrying a pitchfork. He appears dressed up as attractive, tempting things, material things. Things that we desire.

Evil people look just like the rest of us. Ordinary, everyday people. One of the most famous serial killers in America was a man named John Wayne Gacy. He raped and killed at least 33 boys and yound men, burying many of their remains in his basement, while making his living performing as a children’s birthday party clown.

This article published in ‘USAToday’ is part of a series about human sex trafficking. It looks at the type of people who buy children for sex, rather than those who sell, the consequenses the buyers face, and the surprisingly little risk they’re taking by doing so, especially here in the united States.

According to this author’s research, purchasing children for sex is a very low-risk activity, practiced in the united States by mostly middle aged men who are mostly middle to upper middle class. In other words, ordinary, everyday people.
Unfortunately, human nature seems to dictate that most people tend to not be able to recognise evil most of the time, and often, not until it has done a great amount of damage to their lives. Even then many people will deny it’s intent, and some, it’s very existence.